Coronavirus got you down? Check these movies out to get ready 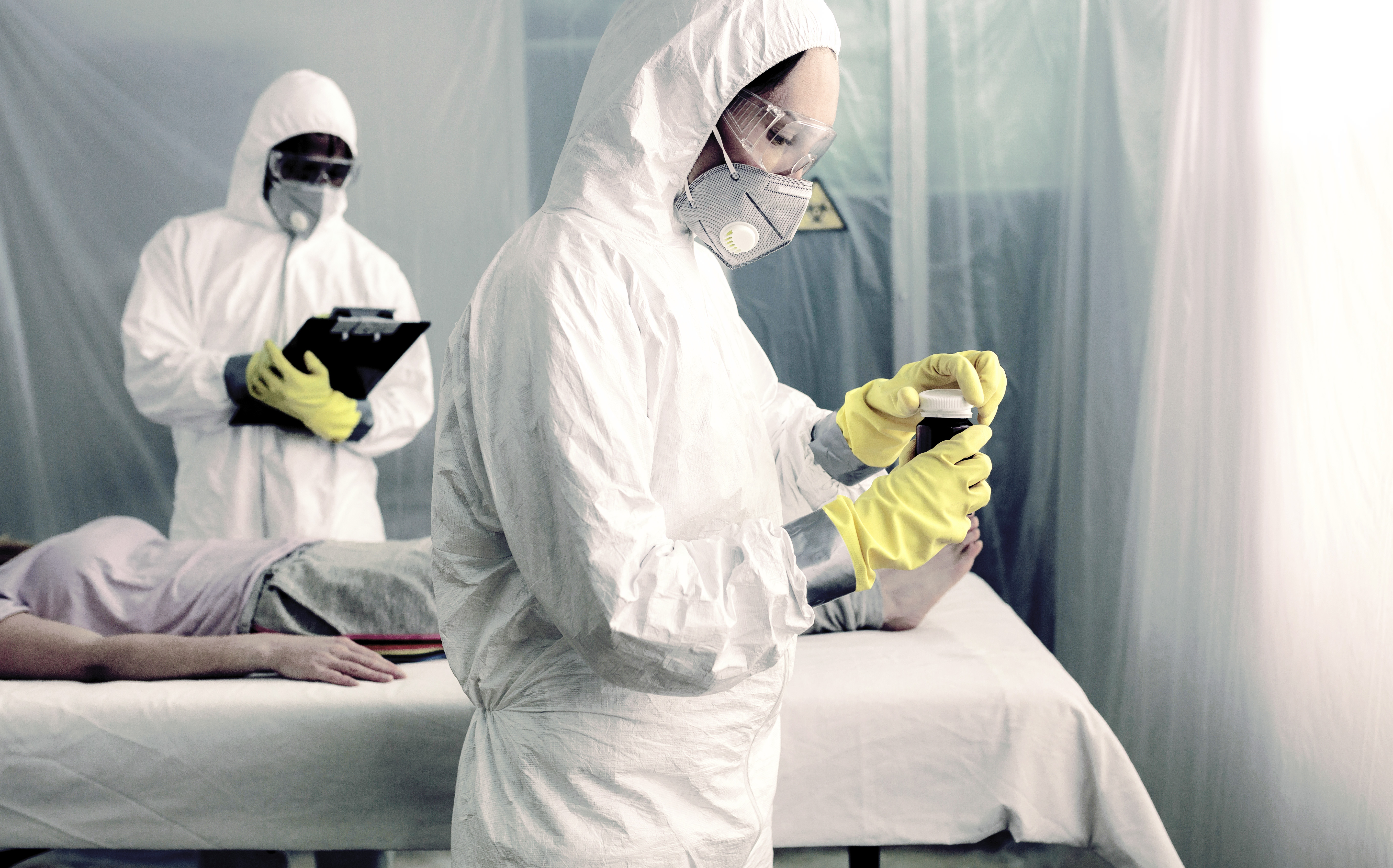 As you prepare for the end of civilization as we know it, I have some movies to watch to get you better prepared. Until we lose power, but I'm sure by then you'll have a generator or at least some battery life on your streaming device.

So run to the store and stock up on popcorn, Cokes, and toilet paper. Then get your butt home and away from all the contagious people. While you wait for everything to come to a screeching halt here are some movies to get you ready for life after SARS-CoV-2 Coronavirus.

First off let's go with the granddaddy of the virus movies, one that spawned 6 movies and based off the best selling video game series Resident Evil(2002).

This series is pretty straight forward in its presentation. Pretty girl shoots zombies and other undead creatures. But it's the first one that lets us know what exactly causes all the zombies and what was done to try and contain the problem. Spoiler alert - the problem isn't contained...I mean 6 movies tell you that.

The culprit of Resident Evil is a virus that is released in a secret facility called "The Hive" and makes its way to the surface to infect everyone it comes in contact with. And while the base is shut down to contain the outbreak, it, of course, manages to escape and wipe out most of the known world. Although, technically they are still there...just now they are flesh-eating zombies.

Now the first movie focuses on Alice, a woman with no memories but the ability to kick butt and a military team sent in to "contain" the problem. It's a fun movie that spawns a pretty good universe of movies. I particularly love #3 RE: Extinction for mixing Mad Max elements with the whole zombie motif.

Stream it on Amazon CBS Channel or you can rent it on numerous streaming channels.

The next movie also spawned a sequel but not to the extent of the Resident Evil Franchise. However, this movie introduced up to the fast-moving "zombie" and added to the myths and legends of the undead. Sit back and enjoy 28 Days Later by Danny Boyle(yeah that Danny Boyle...the guy who did Slumdog Millionaire).

Low budget and shot with enough grain to grant it Grind-house status, 28 Days Later is a fun take on Zombies. Also coming out in 2002 (a reawakening year for the zombie picture), the viewer is shown what happens when animal activists invade a laboratory to mess with stuff they don't understand. They plan on releasing chimps that are infected with a virus, a virus that causes rage to those infected. They are warned to stop but of course, they went to a liberal arts college so they know better than the scientist that's been messing with the animals.

The movie takes place 28 days later when the main character wakes up from a coma - (Tell me if you've heard this story before) - in a hospital that's been abandoned. He then sets out to find the entire city of London is deserted. He is rescued by some survivors and we are told of the vicious nature of the Rage virus and its terrible effects.

It's well written and filled with jabs about man's more savage tendencies. It spawned a sequel, 28 Weeks Later. Not as good but still fun as it is more of a broad sweeping look at the virus and its effects on London and the surrounding area.

You can stream on Hulu and Starz channel on Amazon

The next movie has 2 versions. The first came out in 1973 and was done by the horror master George Romero. It was more about the Government trying to contain a virus released into a small town and the clash between the citizens and U.S. Army. The "remake" came out in 2010 and while both are good I prefer the newer version of The Crazies.

This one stars 2 of my favorite actors; Timothy Olyphant (Justified) and Radha Mitchell (Silent Hill). This version has a plane crash that releases a deadly virus that turns the town's people into raging violent lunatics. It focuses more of how the town deals with the infection of its populace and trying to leave the area to find safety, than the actual virus. Might even show how bad it gets once all the t.p. is gone...

You can stream with adds on a number of apps - Ruku, tubi, Directv, Pluto

Last but not least is another movie that spawned a franchise and an American remake. Now I could just say, "Hey I get it you don't want to read anything unless it's this blog or my novel The Shadow Within. But the original is so much better than the remake." Now if you decide to draw a line in the sand on subtitles, then, by all means, go watch Quarantine...I'm not going to judge you. But if you want to see the original in all its Spanish glory and then follow along with 3 more sequels then you need to watch [REC] (2007)

[REC] has a simple premise. A young reporter and her cameraman are covering the night shift at the local fire station. There is a call from an old lady trapped in her apartment. They head over, television people in tow, and when they get there they are met with horrifying screams. The building is locked down as it is determined a virus is loose. As you can guess the night is all downhill from there.

Filmed in a documentary style, the movie does a great job of introducing the characters and situations in unique ways.

This one has to be rented right now, but it makes the rounds to Netflix and Hulu so be patient...if there's time.

Before they were Marvel stars part 1

2010 continues the resurgence in horror movies