DC Comics and Warner Brothers have had a devil of a time getting their act together when it comes to the DC Movie Universe. With an almost unbeatable blueprint already established by Marvel, the brain trust behind getting DC on the big screen kept running into problems.

In a series of indecision, wrong decisions, and complete misfires, DC stumbled around trying to find the right tone and frame of mind to place their Universe. The main issue they faced was the inability to please the established comic book fans and the incoming comic movie fans.

Something Marvel was able to do with superior casting, staying as true as possible to the source material, and having good explanations for any changes needed. They also sucked the viewer in by including Easter eggs during the movie and at the end as they foreshadowed the next chapter/movie. This is an important aspect to the success of the Marvel Universe that DC has struggled to duplicate.

The reason for this seems to be a case of too many chefs in the kitchen, something Marvel hasn't had an issue with. Marvel placed a man in charge, a final say to any idea, and gave him the complete support needed when dealing with so many strong and imaginative creatures. DC/Warner Brothers struggle with this kind of setup. I don't know if it's because WB is already established or if the people placed in charge don't have the iron will and complete faith that Feige has with Marvel. With each stumble, the powers that be at WB seem to pull away from the original plan put in place by Zack Snyder.

Snyder has been a visual powerhouse in the movies since his record-breaking 300. 300 was his first foray into comic book movies and his use of CGI was cutting edge. His success with this film offered him a chance at the comic book holy grail...The Watchmen.

The Watchmen was the type of movie that many attempted to get made over the years, but no one had been able to figure out how to pull off the complex story and visuals. As CGI became more polished and essential to the movie-making process, WB/DC was ready to allow the Watchmen to be made. Zack Snyder was the man they thought could pull it off and they were correct. The Watchmen was a commercial success, and maybe more important embraced by the fans.

Man of Steel, Batman V Superman, and Justice League all have the trademarks of a Zach Snyder film. Visually amazing, with a story that is gritty and darker than the typical superhero movie. They looked at these heroes in the lens of today, instead of the optimistic light of their comic sources. 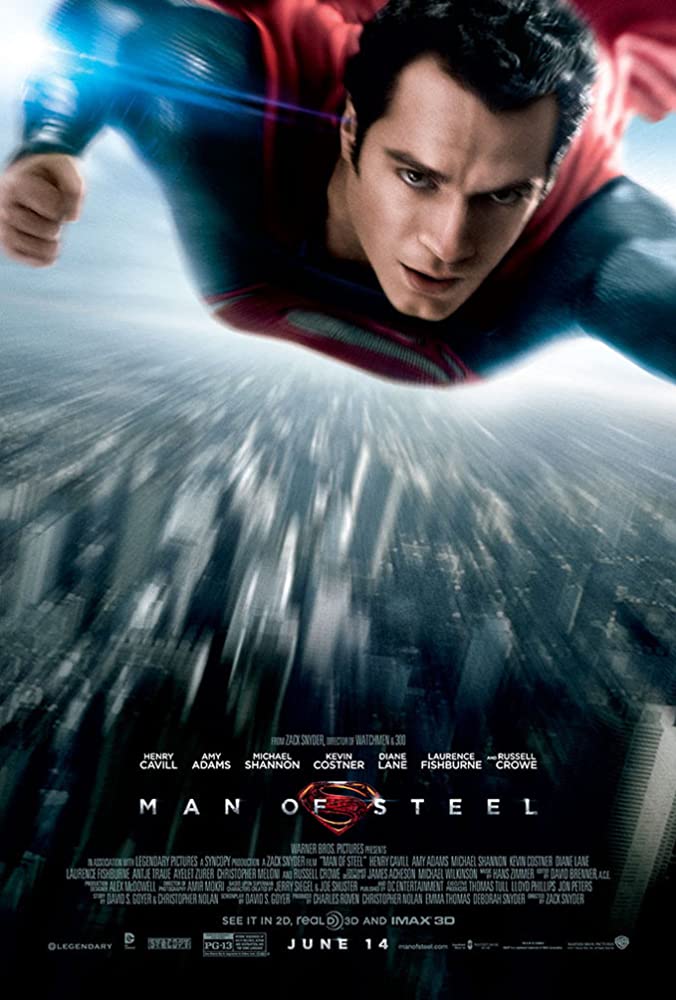 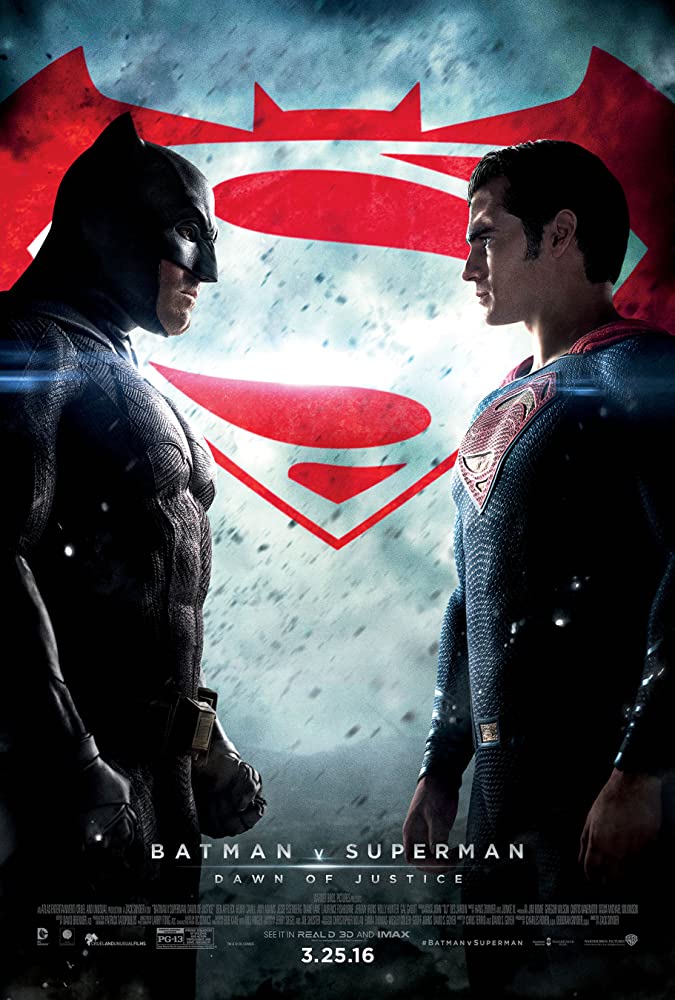 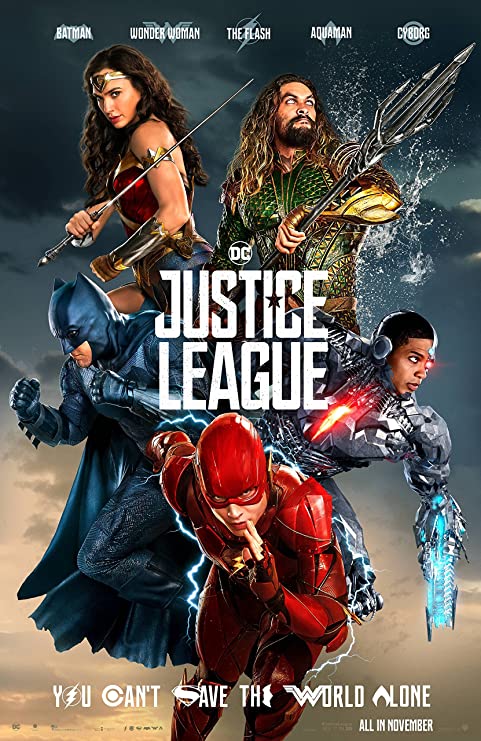 Which I believe is the reason for the backlash. Comics didn't become truly dark and reflective of real-life until the early 80s. There were a few tales in the late 70s that helped paved the way, but for the most part, the Comic Code kept DC comics light-hearted and a bit campy. Even Batman mirrored more of the 60s TV show than the Batman we see today.

Even though many comic books embraced the dark, gritty, and in your face storytelling of the 80s and beyond, Superman was a constant. He was the good guy, the shining beacon of hope, the hero who stayed above it all, the example for all Super Hero and mankind, and the one who never waived in his belief in doing what's right. Zach Snyder flipped that on its head and gave us a Superman filled with doubt and indecision. He showed us what might happen if a super-being with Godlike powers were to appear today and not back in the "good old days". He showed us a flawed hero within a character we'd been told was perfect our entire life and many simply dismissed it. They wanted the Christopher Reeves's Superman. In Zack Snyder's Universe, that ship had sailed.

He then gave us the introduction of an older, bitter, and tired Batman in the next movie. One who feared this Superman and questioned his intentions. Snyder showed us the other side of a super-beings sudden appearance, and let us decide which way we would lean. Would we see Superman as a savior, as a Godlike being, or would we see him as a threat to our way of life and our very existence? It's a very interesting idea...one that Marvel handled spectacularly with the Civil War movie and hero registration.

Batman/Bruce Wayne saw the destruction that Super Beings fighting in the streets can cause, and decides he must do what is necessary to remove the threat. Of course, Batman's way of dealing with crime and doling out punishment catches the eye of Clark Kent who wants to stop what he sees as a menace. I know many didn't like this movie; finding it rushed, and a bit confusing but I suggest watching the directors cut which fills in the blanks and makes for a much more satisfying movie experience.

Of course, the movie ends with the ultimate sacrifice, and Batman realizing Superman is not a threat but an icon. This leads to Justice League and what many felt was another misstep by DC. Marvel introduced each Avenger in their movies; building them up and encouraging the audience to become invested in each one before teaming them up. It not only led to a solid foundation of films, but it gave a sense of growing excitement as each movie got the viewer closer to the main goal of The Avengers.

DC decided we knew enough and threw them together first, hoping the strength of Batman, Superman, and Wonder Woman would be enough to get the uninitiated into the theater. The other issue with Justice League, the main issue in my eyes, was the suicide of the director's daughter. Instead of stopping production, Snyder stepped away and WB replaced him with Joss Whedon, the man behind the Avengers' success. The problem here is the scenes directed by Whedon change the feel of the movie. Many believe the final product is inferior by the addition of Whedon.

Of course, all of this is just a bit of setup so I can share the exciting news from this weekend's big announcements from DC. We are going to get a flood of amazing movies and video games based in the DC universe. I wanted to share some of them here...

There will be a Zack Snyder cut of Justice League...here's a trailer and it looks great. Here's hoping they fixed the issues

It was announced Ben Affleck was coming back as Batman in the Flash movie. This is great news as there was no denying the chemistry between the two characters in the Justice League...it also keeps the door open for a Batman/Wonder Woman team-up. I'd love to see a movie focus on those two, especially with Affleck and Godat.

Now for some trailers...

First up is The Batman, with Robert Patterson as Bruce Wayne. This puts the character in his earlier days and shows how the Batman and some of his rogues' gallery got started. Written and directed by Matt Reeves, who gave us Let Me In, Cloverfield, and the last two Planet of the Apes movies. Catwoman, the Penguin, and the Riddler will all make an appearance in the film...

Then they showed us a teaser of Black Adam, starring the Rock as the main character. This is basically an evil Shazam...I expect they will avoid the humor they interjected in Shazam and focus more on the magic and strength of the character.

And finally, we got the next lineup for Suicide Squad. The first one fell a bit flat, but this one is being directed by Guardians of the Galaxy's James Gunn...

They also shared a few video games that are coming out set in DC's universe. The Batman games were spectacular and I can't wait to see how these games play...

The first game focuses on the role players of Batman's universe:: Red Robin(Tim Drake), Batgirl, Red Hood(Robin #2 - Jason Todd), and Nightwing(Robin #1 - Dick Greyson). Batman is dead and it is up to them to protect Gotham from the bad guys now...

Finally, there will be a Suicide Squad game by Rocksteady but it won't be ready until 2022. I'll have more on it when we get closer.

Monday morning list of movies to watch this Columbus Day.

Ramblings on a Monday in October...